The popular Punjabi singer Himmat Sandhu has announced the withdrawal of his upcoming song’s release. Yes, the singer shared some strange news on his Instagram account and informed the fans about the hold on the release of his upcoming and much-awaited song ‘AK Cantalian’.

Himmat Sandhu took it to his gram feed, revealing that he has withdrawn the poster and release of his upcoming song to abide by the directions issued by Punjab’s CM Bhagwant Mann.

In the note, Himmat Sandhu wrote, “Our songs are purely for entertainment purposes. We withdrew the poster and releasing of our upcoming song ‘AK Cantalian’ till further announcements.”

He also went on to elaborate the reasons behind the same by mentioning, “As a law abiding citizen, we have taken this decision in the wake of directions issued by Hon’ble Chief Minister of Punjab. We are in touch with our government for clarity on the directions.”

For the unversed, on Saturday i.e; 26 November 2022, the Punjab DGP issued an ultimatum for the people on behalf of the CM’s directions. Director General of Police Gaurav Yadav tweeted, “Appeal to everyone to voluntarily remove any objectionable content from their social media handles in the next 72 hours.”

Following the same official order, the Punjabi singer Himmat Sandhu has decided to put a hold on the release of his new song until further announcement. 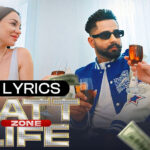 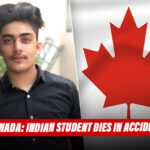