Hina Khan is a big name when it comes of Indian Television Industry. She has appeared in a couple of movies and also participated in Bigg Boss, season 11.

The actress with a massive fan following is now ready to step in Punjabi Film Industry as well. She will mark her debut in an upcoming Punjabi movie which will be directed by Imran Sheikh.

The details about the upcoming project are still unrevealed but Imran Sheikh took it to his Instagram account, where he shared pictures with Hina Khan and others.

But Hina Khan has not made any comment or shared any information about this project yet. But we are sure in some time; the details about this untitled upcoming Punjabi Movie will float out soon. Till then, let’s wait and celebrate Hina’s debut in Punjabi Film Industry.

Also Read: Do You Know Once Sri Devi Asked Amar Singh Chamkila To Make A Film 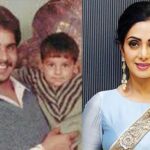 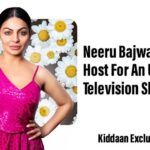