Sri Akal Takht Jathedar, Giani Harpreet Singh asked the Shiromani Gurdwara Parbandhak Committee (SGPC) to remove Harmoniums from the Kirtan at Sri Darbar Sahib (Golden Temple), Amritsar. The reason he stated behind his demand was that the musical instrument does not resonate with real Sikh Traditions and was introduced by the British.

Harmoniums were introduced by the British? Did you know that before? Actually, the prototype of Harmonium was designed by a physiology professor at the University of Copenhagen, Christian Gottlieb Kratzenstein. Whenever Kratzenstein was not doing his physiology experiments, he would indulge himself in music.

He was very fascinated by a Chinese free-reed instrument, shaped like a vertical pipe, called the sheng. The famous European explorer, Marco Polo had brought sheng to Europe centuries earlier and by the 1700s shengs were quite popular in Europe.

In 1779, the Academy of Science at St Petersburg offered a prize for an essay on the formation of vowel sounds in an instrument. Kratzenstein won the award by building a small pneumatic organ fitted with free reeds. This instrument instigated inventors around the world to start making their own similar instruments. It led to the invention of Seraphine by John Green. All of these instruments are today museum subjects.

It was from Gabriel Joseph Grenié that the invention of the Harmonium began. He invented an instrument called orgue expressif (Expressive Organ). Then, Alexandre Debain of France further developed Grenié’s invention, patented it in 1840 and named it as ‘Harmonium’. For years, Harmonium remained a symbol of elite and dignity and was widely used by the west but its use started declining in the 20th century due to the changing music tastes.

However, it was living a second life in the other part of the world. When India was a British Colony, the European Harmoniums made their way into the country and became a favourite of the Indian Musicians. Dwarkanath Ghose, whose company Dwarkin & Sons, was a leading manufacturer of musical instruments in Kolkata, developed his own version of less expensive and more durable Harmonium. By 1915, India became the world’s leading producer of the Harmoniums.
This was how Harmoniums made its way to India, and deepened its roots. The Sikh Community wants Harmoniums removed from their Holy Sites due to its European emergence and British influence. It wants only ‘Tanti Saaj’ to be used in the Kirtan. 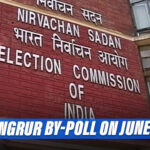 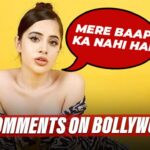