Ravi Bhatia, a Jodha Akbar celebrity, did back-to-back music videos and web series. Now the actor is ready to become a producer for the forthcoming web series named ‘Shukla’. But before this, the actor has already made the headlines from the show ‘Dadgiri: beat the bullies.

In this show, the contestants have to overcome hazing and use verbal abuses to win the show with a cash prize of Rs 50,000. The producer of the show calls it the meanest game show as if students experience the first day of college with some mean dominating pupils.

Meanwhile, In the show Ravi Bhatia has slapped a girl, which went viral on YouTube and become a massive viral meme. Viewers of the show have had polarizing responses to this video over the years.

While some think that the clip promotes violence and physical offence and probably shouldn’t exist at all, others find it a funny slapstick meme-worthy term. Ravi told in an interview that this video has negatively changed his life. He feels regret as people mock them on the street and mumbles ‘how can she slap’. He even didn’t get work on television, as people think he is short-tempered and impatient. But slowly and steadily he solidifies his career and made a name.

He got an opportunity to work in an International television show as a lead actor titled Roro Jonggrang,  where his role of a superhero made him famous. After that, his gates of success were open and now there is no looking back for him. Now Ravi Bhatia is not known as a viral meme but as a hardworking actor and upcoming producer. 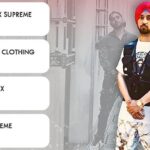