Amazon Prime Video has been one of the most popular and loved online streaming platforms in India. It has entertained the fans with various movies and web series. Amazon’s Mirzapur 1 & 2, The Family Man 1 & 2, Four More Shots Please, Panchayat and some more projects are especially known and massively loved by fans.

Currently, Amazon’s Panchayat 2 is making headlines, and this second installment of the super hit series was extremely anticipated. But to treat the fans with a surprise, Amazon has released the series a day ahead of its scheduled release date.

Yes, you read that right. If you were waiting for 20 May to finally watch this amazing series, then you might be missing out because Panchayat 2 is already streaming on Amazon Prime Video.

It stars Jitendra Kumar as Abhishek in the lead role, with actors like Neena Gupta, Raghuvir Yadav and Biswapati Sarkar in supporting roles. Deepak Kumar Mishra has directed this simple yet beautiful comedy-drama.

Basically, Panchayat is the story of Abhishek, an engineering graduate who is appointed as a secretary of a village Panchayat Office. Meanwhile, he also struggles and gets irritated with village life. People fell in love with the simplicity of the story and characters.

And what made Panchayat 2 special and awaited was fans’ desire to watch Abhishek find love. Also, to treat the fans with a little dose of nostalgia, Panchayat 2 begins from exactly where its first installment had ended.

Talking about the early release of Panchayat 2, there are some reports which suggest it has been done because the pirated version of the series has been leaked on sites like Worldfree4u, Tamilrockers and more.

But if you have ever noticed the strategy of Amazon Prime Video, you can see that Amazon usually releases its projects a day or two ahead of the scheduled date. This was also the case with The Family Man 2 and the fans loved it. 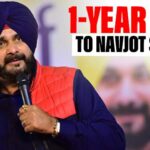 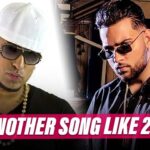