They say the first impression is the last impression, and it seems Jagdeep Sidhu took this quite seriously. Perhaps that is why he didn’t leave any stone unturned when it came to his debut directorial ‘Qismat’. He made the audience laugh with his characters, he even made them cry with the pain of his characters.

Post that he continued to do the same with ‘Shadaa’. The director and writer has not only fulfilled his dreams with the movie Qismat but with Shadaa too. Very few knew that Jagdeep is a fan of Director Anurag Singh who has never feared taking risks. Anurag has produced one of the most hit Punjabi films ‘Shadaa’.

Jagdeep once unveiled that he has a dream to work with Anurag Singh as his assistant, but he never got the chance. Fortunately his destiny has taken him to meet his dreams. In the movie Dildrayian where he gave his hand in writing, the wife of Anurag Singh has dubbed some dialogues in the movie as well. During that time, she told her husband Anurag that Jagdeep has given dialogues and Anurag was highly impressed by the same.

This is how Anurag started to know Jagdeep. And then one fine day, Anurag called him and asked him ‘Are you free in October’. Jagdeep was nervous and said yes. Then, Anurag told Jagdeep to write and direct the movie which will be produced by him. The film is titled ‘Shadaa’ starring Diljit Dosanjh and Neeru Bajwa.

He feels grateful and lucky to work for Anurag, not as an assistant but as a writer and director in his film. It was a great opportunity for Jagdeep. Further, not only Anurag but everyone knows that he delivered the best content.  The movie ‘Shadaa’ is a fresh, modern take on the old concept of romance that promises to bring back optimsm in love. 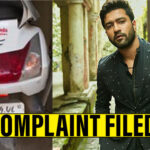 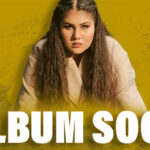