Punjabi actress Wamiqa Gabbi who is playing the role of cricketer Madan Lal’s wife ‘Anu’ in the film ‘83’ feels it to be a huge responsibility to strengthen the historic moment in front of an Indian audience. The film depicts India winning the 1983 World Cup under the leadership of Kapil Dev and is played by famous Bollywood actor Ranveer Singh. Actor-singer Harrdy Sandhu will essay the role of Madan Lal in the Kabir Khan directorial.

Further, when asked about her experience and how she coped up for this role, Wamiqa revealed “Amiya, an assistant on the film, guided me to play the role. She knows Anu quite well. Beyond that, I did not need to do too much as this is a small but important part. This film celebrates cricketers, their families, and the fans,” she told Deccan Herald. She also said that she met the former allrounder’s wife in person.

ALSO READ | 83 Review: The Movie Helps You To Relive The History And Cherish The Heroes Of 1983 World Cup

Wamiqa, witnessed on big screen along with Harrdy Sandhu on 24 December says that she counted on the inputs from legendary cricketer Kapil Dev’s daughter to play Anu.

Meanwhile, along with this Bollywood project, Wamiqa has earlier amazed her fans with ‘Grahan’ and now she will soon be appearing in Vishal Bhardhwaj’s ‘Khufiya’. 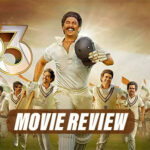 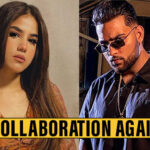