When you talk about artists that revolutionized the Punjabi Industry, it is impossible to not mention the one and only Sukshinder Shinda. The legacy of this man still remains unbeaten and the songs that he’s given us, will always keep making our parties and weddings entertaining! But, do you guys know the story behind how this legendary singer-music director got his first ever song?

So, back then, singers used to send cassettes to companies which would include demo songs, and then the company would take the final decision. Similarly, Sukshinder Shinda also sent a cassette to the Punjabi Music Company, Tips. It was a demo version of what would in future be called Sukshinder Shinda’s album “Phases”. In the demo, there was an experimental song, Dil Di Gali Vich Aake.

ALSO READ | How To Make Punjabi Songs? Here Is The Complete Process

Sukshinder wasn’t sure about the song as it was just an experiment, so he kept it randomly on 5th or 6th position in the cassette, thinking that it would just pass by and the company wouldn’t pay much attention to it. But shortly after, Sukshinder Shinda got a call from the company, he was asked about a song, Dil Ki Gali. They asked who was the singer of the song.

Sukshinder Shinda briefly thought that the song had messed up everything for him but the company had different plans. They told Sukshinder that we would be making the video of the song as it had left them in total awe! The legendary singer was then given VIP treatment. A business class ticket, a stay in a 5-star hotel and a crew of about 30-35 people was booked for him.

ALSO READ | Did You Know John Abraham Made His On-Screen Debut With Punjabi Songs?

The video was made and the song was released. It went on to become a global hit! UK, Canada, India and various parts of the world, people were addicted to the song and couldn’t stop vibing to the voice and singing style of Sukshinder Shinda, something they had never heard before! And this was how the world and the Punjabi Music Industry got its most precious gem in the name of Sukshinder Shinda. 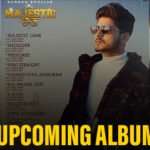 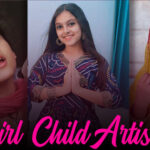