Sidhu Moosewala is one of the singers with a fan-following running into millions. In his mid-twenties, he enjoys a stardom that only a few can imagine. He is popular for largely gangster rap, but his friends and co-workers swear by the down-to-earth nature of this young singer, who has accrued as much fame as controversies.

The singer started his journey from ‘zero’ and now become a household name among Punjabis and music lovers. He rose to popularity in a short span of time after he created a niche for himself with his unique rapping style. The singer’s battle is real and it is all about how he paves his way. He had a humble beginning with minimal salary and now earns in billions.

But when asked about his first salary and what he did with that, Sidhu revealed he bought a car for his father with his first paycheck. As we all know, the first salary is always special, and what this singer did is commendable. And afterward he built a house for his family. Not only this, he also said that he doesn’t have the craze to buy things for himself if it’s not an emergency. So he always tries to bring things home with his parents.

This grounded nature of Punjabi singers has again won our hearts. He is an inspiration to many, as he used to flex luxurious items in his songs, but in real life he is all different! 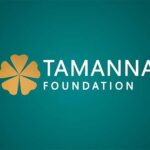 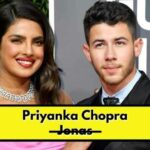