Millions of fans in India and across the world are aware of the buzz KGF has created. The powerful, record-breaking and blockbuster movie stars Yash in the leading role of Rocky Bhai and is directed by Prashanth Neel.

Till now, two installments of the film have been released and both have proved to be massive hits and a threat to other movies releasing nearby.

Now when the Chapter 3 of KGF has also been announced, the upcoming movie has already become India’s biggest anticipated one. And it is believed that Bollywood actor Hrithik Roshan will be a part of the third franchise of KGF.

Also Read: When Will Smith Opened Up About Becoming A S*x Addict After His Girlfriend Cheated On Him

You must remember Raveena Tandon and Sanjay Dutt were part of KGF: Chapter 2. Hence, the news of Hrithik Roshan being approached for KGF 3 isn’t very surprising. But don’t forget there is no confirmation to the news yet.

The makers of KGF have revealed that they aren’t making KGF: Chapter 3 anytime soon this year. As both director Prashanth Neel and actor Yash are currently busy with their other projects, they will wait to get free and finally start working on KGF 3. Also, the casting of other actors will be done then only based on their availability.

Hombale Film’s co-founder Vijay Kiraganduar in an interview with Bollywood Hungama stated, “KGF: Chapter 3 will not happen this year. We have some plans, but Prashanth (Neel) is busy with Salaar at the moment while Yash will be announcing his new movie soon. Therefore, we need them to come together at the right time when they are free to begin work on KGF 3. As of now, we don’t have a fixed date or time as to when the work on the third instalment will start.”

So the fans will have to wait to finally get to know if Hrithik Roshan will be a part of Yash’s KGF: Chapter 3 or not. 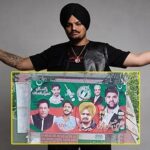 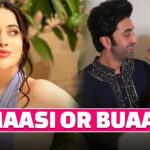