Honsla Rakh is almost at the edge of its worldwide theatrical premier. The Diljit Dosanjh, Shehnaaz Gill, Sonam Bajwa and Shinda Grewal starrer is releasing this Dussehra. While the movie is going to reveal some interesting sides of the actors, the promotional interviews are turning out to be equally interesting.

In an interview, Shehnaaz Gill, who recently made her first public appearance after the demise of her close friend Sidharth Shukla, expressed her desire to work in Bollywood. The Punjabi actress who is going to make her debut as a lead actress said that both Punjabi and Bollywood industry is good but she really wants to work in the Bollywood Industry.

However, Diljit Dosanjh, who was just sitting beside Shehnaaz for the interview, disagreed with her. “Humein Koi Mauka Nahi Chahiye” was Diljit Dosanjh’s words when Shehnaaz said that she wants a chance to work in Bollywood. Diljit Dosanjh is a renowned actor in the Bollywood industry. He’s done some superhit films like Udta Punjab, Good Newzz, Welcome To New York, Suraj Pe Mangal Bhari and many more.

But lately, the actor has shown some disappointment towards the industry. Prior to the release of his music album MoonChild Era, he was asked who was his favourite Bollywood star, to which Diljit Replied, “No One”. In another interview Diljit was again seen making some comments on Bollywood. For that, refer to the following article:

Shehnaaz Gill dreams of working in Bollywood while her co-star, Diljit Dosanjh, who has already seen much of Bollywood and has achieved heights in it, denies working in it. Fans speculate that something has surely happened between Diljit and Bollywood due to which, the singer-actor has turned harsh on the industry! 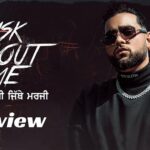