From performing in IIFA to making his presence at the billboards of time square, Diljit Dosanjh has left no stone unturned in making Punjabi’s proud. His list of achievements is endless, and so is his talent.

He never fails to amaze his audience with his melodious voice and great acting. His Bollywood hits like ‘Udta Punjab’, ‘Good Newwz’, ‘Soorma’, ‘Phillauri’, and more have caught the attention of the entire Hindi cinema.

With his spectacular performance in Hindi movies, he has also received awards like ‘Filmfare award for best male debut’, and ‘IIFA award for star debut of the year’. Not only his movies, but his bollywood songs like ‘Sauda Khara Khara’ and ‘Ikk Kudi’ have been loved by national and international audiences.

However, you will be amazed to know that he does not wish to become a great sensation of Bollywood. He loves music, and he can do it without the concern of anyone. He needs no superstar’s acknowledgement for releasing his music tracks.

In an interview, Diljit Dosanjh said, “ In Punjab, every artist makes their own songs. Everyone has full independence. No one can stop me from making music. I will keep making music till god wishes. I don’t care at all about whether I will get some work in Bollywood or not.”

No matter, Diljit continues his work in bollywood or not; his songs will still rule the hearts of everyone. 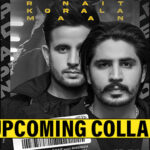 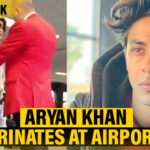