Simiran Kaur Dhadli’s Lahu Di Awaaz is probably the most talked about song of the year. Intended to be a shot at various female social media influencers, it took over the internet and divided people into two opinions. One section of people was in complete support of the song while the other opposed it for glorifying patriarchy and called it the definition of ‘Slut Shaming’.

Now, a song that presents the other side of it has been released on Youtube. Surleen, who is a popular Punjabi social media influencer and was bashed by Simiran Kaur in her song, has taken the musical path to finally give a reply to ‘Lahu Di Awaaz’. Her latest song ‘White Blood’ straightforwardly replies to all the comments made by Simiran.

‘Lahu Di Awaaz’ was a fiery song, criticising women for wearing ‘short’ clothes for money. Simiran used words like ‘Badkaar’ and ‘Dubb Ke Marja’ for such social media influencers. She also called them ‘fake feminists’. In her song, she used clips of influencers like Surleen, Jasneet, Meetii Kalher, Moose Jattana and more.

Surleen’s latest song ‘White Blood’ has been sung and written by the influencer herself and G Skillz has produced the music for the song. The singer’s point is straight and clear, ‘Free Advices Will Not Help Her In Paying Her Father’s Bills, But Money Will’. Surleen’s father has been in the wheelchair for the past 4 years due to a medical condition. In the song, Surleen further goes on to say that it is her wish whether she wears a bikini, one piece or anything, it all depends on the sense and the sight of the viewer.

The singer also said that it’s useless to argue with a woman who calls other women ‘Badkaar’. The music video of the song, directed by Meer, also shows clips from various Youtubers who reacted to Lahu Di Awaaz and supported the song. While Simiran’s song aimed at bashing women for wearing ‘short’ clothes on social media, dreamt of a society where women wear ‘suits’ and are afraid of their father and brothers, Surleen’s song completely disagrees with her point of view.

It aims for a society for women where they are free to wear anything they want on social media, can go out of the house at any time, without the fear of anyone and labels this as a society where women are empowered. ‘White Blood’ and ‘Lahu Di Awaaz’ are two completely contrasting songs and have left it on the audience to decide what ‘Women Empowerment’ actually means in the modern society. 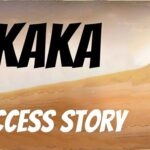 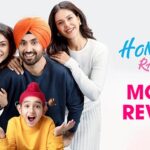