The income tax department released a statement after visiting Sonu Sood’s  Mumbai home for three days in a row for a search that said, Actor Sonu Sood has avoided taxes of over Rs 20 crore.

The department had launched the action against the actor and some people associated with him on Wednesday and the action continued.

“During the course of search at the premises of the actor and his associates, incriminating evidence pertaining to tax evasion have been found. The main modus operandi followed by the actor had been to route his unaccounted income in the form of bogus unsecured loans from many bogus entities,” the tax department said in the statement.

Now the searches have been expanded to more locations in the city, they said. On Wednesday, the action was carried out in at least half a dozen locations in the metropolitan city and Lucknow.

A real estate deal and some other financial transactions linked to Sood are under the scanner of the department, official sources had said.

Meanwhile, Sonu Sood has grabbed the national spotlight for helping migrants reach their home states during the nationwide lockdown clamped last year in the wake of the COVID-19 pandemic. He is given the name ‘Messiah’. 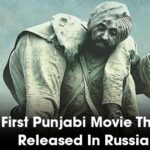 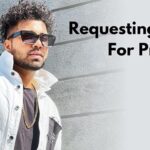