Adhir Ranjan Chowdhury, the top leader of the Congress party in the Lok Sabha, has again been into controversy over his remarks on President Draupadi Murmu. However, Adhir Ranjan Chowdhury apologized, calling it a ‘slip of tongue’ as his hold on Hindi is not very good.

“I can’t even think of insulting the President. It was just a mistake. If the President felt bad, I will personally meet her & apologise. They can hang me if they want. I am ready to get punished but why is she (Sonia Gandhi) being dragged in this?”

“In every way, Congress party has been attempting to undermine a tribal. self-made, successful leader. We, from the BJP demand, the Congress party to apologise to the nation: Union Finance Minister Nirmala Sitharaman on Cong MP Adhir Chowdhury’s ‘Rashtrapatni’ remark”

“Congress interim president Sonia Gandhi said that he has already apologised, she is misleading the country. AR Chowdhury has been claiming that there is no need to apologise: Union Finance Minister Nirmala Sitharaman on Cong MP Adhir Chowdhury’s ‘Rashtrapatni’ remarks”

When asked about Adhir Ranjan Chowdhury’s remark, Congress interim president Sonia Gandhi said, “He has already apologized”. Though even after Adhir Ranjan’s apology, the Bharatiya Janata Party leaders have been slamming the Congress leader for his remarks. 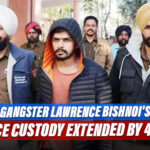 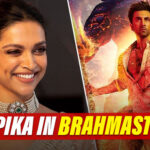