Indian passport holders have good news now. The passport ranks at 83rd position now, getting seven positions up from its 90th ranking in 2021. A passport’s strength is measured by the number of countries its holders can visit without requiring a prior visa. Those holding an Indian passport can now visit 60 countries across the world without the need for a prior visa. Earlier, the number of such countries was only 58.

These rankings are based on the Henley Passport Index, which is analysed on data from the International Air Transport Association (IATA). India now has visa-free access to 60 destinations worldwide, with Oman and Armenia being the latest destinations Indian passport holders can now visit without obtaining a visa compared to just 58 visa-free access destinations in the final quarter of 2021.

While India secured 83rd position , Japan and Singapore are at the top. Since 2005, Henley Passport Index ranks world’s passports according to the number of destinations their holders can access without prior visa and is based on data from International Air Transport Association (IATA).

Notably, This is the 4th consecutive year Japan has topped the list. Also ,2022 Henley Passport Index puts Canada in the 7th most powerful group along with Australia, Czech Republic, Greece, and Malta with a visa-free/visa-on-arrival score of 185. United States passport holders can visit 186 countries without a visa and are in the 6th most powerful passport group.

It’s important to mention that despite of Covid 19 pandemic , Indian passport holders have travelled across seas for business , travel and family purposes. Also , Every year 2.5 million (25 lakhs) Indians migrate overseas, which is the highest annual number of migrants in the world. 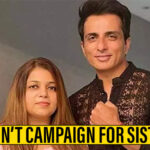 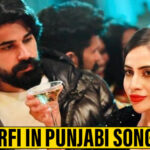