Sonu Sood’s deeds during the pandemic are not hidden for anyone. He definitely has inspired many people and Shiva from Hyderabad is one of them. Shiva has launched a free ambulance service for helping the needy.

The actor Sonu Sood himself launched the ambulance, as Shiva has saved over 100 people who allegedly attempted suicide in q lake. His acts made people come forward and donate money to help him. Instead of using the money for himself, Shiva come-forward and bought the ambulance for the needy and poor people.

In an recent media interaction, Shiva said “I named the ambulance as Sonu Sood Ambulance Service because I was inspired by his good work,”

“I feel privileged that I came for this ambulance inauguration. All thanks to Shiva. I have heard a lot about him that he has been saving lives and helping people, and we need more Shivas in our society so everyone should come forward and help others (sic),” Actor Sonu Sood told the media. 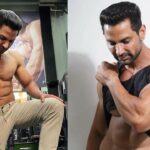 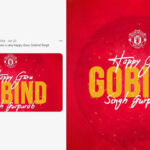