The Sikh History is today hundreds of years old, and just like the history of any other thing, religion or subject, the history of Sikhism has also undergone various changes with time. We are sure visiting a Gurudwara is one of the most peaceful activities in your life, but there is something about the same gurudwaras which you probably don’t know.

Today, we will be letting you know about Ram Rai Darbar which is one of the oldest and arguably the only authentic Gurudwara in India. We are claiming this because there is a long story behind it. But before we proceed further, you should know the location of this Gurudwara. Ram Rai Darbar Sahib is located in Dehradun, Uttarakhand, and is believed to be the last surviving one in India with the historic and authentic paintings.

“The Gurudwara is beautifully decorated with Mughal/Rajasthani-style wall frescoes which are specimens of rare wall paintings found in Uttarakhand, some of them are at least 300 years old. Though the main complex has been whitewashed (will be talking about it in another post) the one seen here are from the gateway to the Gurudwara with a lot of different characters like an Englishmen, Lord Krishna, A Muslim Princess and a few nobles and procession around.”

It is said that earlier, the gurudwaras had beautiful paintings, murals, and more artistic features, but almost all of them were marbled and cleaned up after the 1984 riots, as there were some hardliners who believed the gurudwaras looked too Hindu and similar to temples.  And fortunately, Ram Rai Darbar Sahib was left over and is now considered as the only one with the historic elements.

You can check out the beautiful pictures of the Gurudwara by Shah Umair who is also the source of this information. 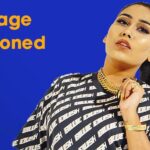 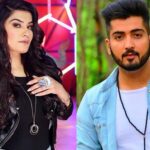