Apple is on a bolt-like-run in upgrading and releasing new features for its iPhone users over the last few months. Since the iPhone 14 and iOS 16 launched in August 2022, Apple has rolled out a number of new features such as the ability to personalize the Lock Screen, edit or unsend an iMessage, and always-on-display changes for iPhones.

But if you think Apple is going to stop here, then you need to change your verdict as the giant tech company is bringing a new iOS 16 update for its users in 2023. Read to know what this new feature is going to be…

Also Read: Buying A 14 Series iPhone From The US: A Good Idea? Here’s All You Need To Know!

As per a recent report of MacRumors, Apple is planning to bring a major upgrade for iPhones with the latest iOS 16 update. The MacRumors report says that Apple has plans to roll out a Mac-like support for Safari and push notifications on iPhone. Users will soon receive push notifications for websites via Safari.

This feature was initially teased in June, 2022. It is one of the much-awaited features in 2023 for customers as well as website makers and companies. This must be noted that this feature is already available on MacBook. Now, iPhone users will enjoy the same feature in 2023.

Apart from the web push notifications feature users can expect to see some other features with the newer updates of iOS 16 in 2023. As per the reports, features such as the Advanced Data Protection will be expanded into more countries, physical security keys for Apple ID, and much more can be rolled out in 2023.

Also Read: Why Does The United States Of America Hate India’s UPI?
Currently, Apple is working on iOS 16.3 with developers and public beta testers which will be released in the early 2023… 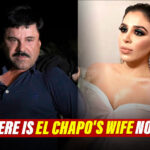 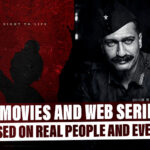