Aamir Khan’s daughter is no less than a social media influencer. Her presence on Instagram and other social media platforms always keeps her in news. But she isn’t really into the Bollywood limelight. One thing that always makes her talk of the town is her relationship status.

Yes, Ira is in a relationship with Nupur Shikhare, a fitness trainer. The duo fell in love with each other in 2020 and have been entertaining their friends and admirers with mushy and goofy pictures on social media.

But now, Ira and Nupur are no more just boyfriend & girlfriend as they have recently got engaged. Nupur announced the same by sharing the proposal video on her Instagram account.

Also Read: Comedian Ali Asgar Cries As His Kids Get Bullied Because Of Him In School

The video was captured during the popular Iron Man Italy Show. Dressed in his race costume, Nupur Shikhare is seen approaching Ira and then kissing her and him going to his knees unexpectedly. He then proposes to Ira and overwhelmed Ira can be seen accepting the proposal. The couple then shares a romantic kiss with the crowd cheering in the background.

The couple had recently completed two years of togetherness and celebrated the same through some pictures on Instagram also.

Earlier also it was reported that Ira Khan might soon tie the wedding knot with beau Nupur Shikhare. The news made headlines when Ira shared a picture of her and Nupur with her grandmother Zeenat Hussain.

Now when the couple is finally engaged, we can also expect their wedding bells soon. Team Kiddaan heartily congratulates Ira and Nupur for the phase in their relationship. 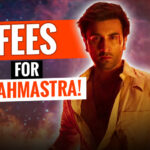 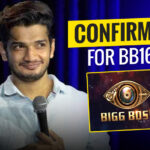