Singer Afsana Khan is currently on cloud nine after the super success of ‘Titliaan’ by Jaani. The song was a treat for all the Punjabi fans as it had Janni, Harrdy Sandhu, and Sargun Mehta with the vocals of Afsana Khan. The song has already given us a surprise with its sequel ‘Titliaan Warga’ in Harrdy Sandhu’s voice. But it looks like the surprises aren’t over yet. As recently Afsana Khan shared a story on her Instagram Account where she was seen near a vanity van, and she wrote, ‘Surprise Soon Titliaan’.

We are not sure what she hinted towards but there are chances that she’d appear on any reality show as a guest. Or is it a hint which says she has some new project on the way? What do you think? 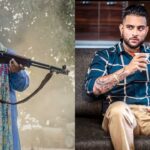 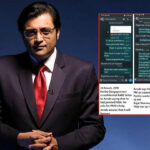