If you are an Indian and reside in India, you must have come across the word ‘Chutiya’. And this word is something that friends and youngsters often use and hear almost every day in their lives. But are you someone who considers ‘Chutiya’ a gaali or abuse? Are you someone who has been excused from using this word because this might be inappropriate? Then you might be proven wrong today.

Chutiya in no way is a gaali or abusive word. In fact, its literal meaning is only dumb, stupid, blockhead, fool or cully. And this has been specifically mentioned in Banaras’ Hindi Shabd Sagar. This Hindi dictionary which is published in Banaras is the one with the highest recognition.

And to describe the same, popular Indian filmmaker Anurag Kashyap has recently shared a hilarious yet informative video on his Instagram. The video is from New Laundry in which the anchor has in detail described the meaning of Chutiya and its types; Chaman Chutiya, Param Chutiya and Dar Chutiya.

The video is going viral on social media and earning amazing responses and comments from netizens. With the video, Anurag has also shared his real-life experience with a similar situation.

Anurag Kashyap revealed that he had to take along a Hindi dictionary with him during the censor screening of his movie Satya. He did this because he had to explain to the censor board that Chutiya is not a gaali.

So, now we feel that every time you find someone irritating, you can call him a Chutiya without any feeling of guilt. Because after all, Chutiya is not an abusive word. 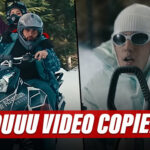