Dilip Joshi who is a popular and one of the most loved actors in Indian Entertainment Industry is well known to play the role of Jethalal Gada. He acts in India’s favorite sitcom show Taarak Mehta Ka Ooltah Chashma and is much loved by fans for his role. But some recent news on social media suggests that the actor is in no mood to continue with the show.

This news left all his fans disheartened as he is believed to be one of the biggest reasons behind TMKOC’s super success. He has been portraying the role of jethalal in the show since the beginning i.e. for the last 14 years. The show is also considered India’s longest-running television show. But the exit of many actors from it had already made the fans emotional and sad.

Till now, Disha Vakani, Neha Mehta and Gurucharan Singh have quit the show, and the latest name in the list is Shailesh Lodha who played Taarak Mehta in the show. In such a situation, when the news of Jethalal quitting the show went viral on social media, it affected the fans badly.

But finally, in an interview with Times Of India, Dilip Joshi opened up and cleared the rumors. He confirmed that he is not quitting the show, and has no plans to do it in the coming future as well. He stated, “Social media is not my favorite place at all. People like to spread rumors. No one bothers to clarify things. I have no plans to quit the show and I am happy with my role in it.”

Not only this, but the actor also talked about the comeback of Daya and the exit of Disha Vakani from the show. When he was asked if he misses Daya, he said, “It has been five years since Disha has been on a break from the show. Now, whether she will come back or not, only the production house knows and I would not like to get into it. Also, I am happy that the viewers continue to shower the same love and attention that they used to when Daya was shooting.”

Recently the producer of TMKOC, Asit Kumar Modi confirmed the comeback of Daya’s character in the show. He said that Daya Ben will be back in the show anytime and will continue to entertain the show. Though it’s not confirmed if Disha Vakani will make her comeback in the show, or a new actor will take over her place.
Also Read: Good News For TMKOC Fans! Daya Ben To Finally Make A Grand Comeback

But for now, the happiest news and relief for TMKOC fans is the confirmation of Dilip Joshi not quitting the show. He has been a fan-favorite and will always be. 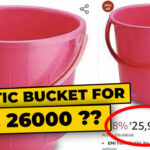 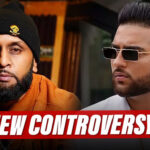