Raj Ranjodh’s latest Instagram story is creating some buzz in the Punjabi Music Industry and the reason is very clear, mention of the name ‘Justin Bieber’. Justin Bieber is by far the most influential global music icon of the present times. And when the name of one of the highest-selling artists in the history of music is joined with a Punjabi artist, isn’t it a NEWS?

Raj Ranjodh’s story included the text ‘Justin Bieber Raj Ranjodh Next Up’, which is why the public is shock-struck. It feels as if Raj Ranjodh is hinting at a probable collaboration with the record-breaking artist.

He had released RiRi (Rihanna) with Diljit Dosanjh just 4 months ago, which makes the public believe that ‘Justin Bieber’ is most probably the title of his next song.

They have also worked together in Diljit’s last album, G.O.A.T. which was a huge global hit, and the same is being expected from the team this time. 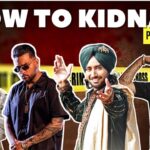 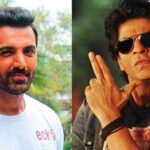