After having a successful debut in the Punjabi film industry with the Deep Sidhu starrer, Jora : The Second Chapter, Singga is now all set to play the lead in his movie, Kade Haan Kade Naa, set to be released on 3 December, 2021. But just a day ago from the grand release of the movie, Singga uploaded an Instagram story, probably taking shots at somebody.

The artist revealed in the story that many people have tried to bring him down. He added that some people tried to defame him by lodging fake cases and spreading rumours against him and now, are trying to affect his movie’s business. He said that those people are making sure that Kade Haan Kade Naa gets fewer shows.

Without mentioning anybody specifically, Singga went on to add that these things do not matter to him, what matters to him is his hard work and support of the public. He ended the paragraph-long story by writing that all he wants is that his parents, his supporters and even his enemies be proud of him when he leaves the world.

Singga did not specifically mention anybody in the story but it seems like he’s referring to the team Teeja Punjab. The two movies, Teeja Punjab and Kade Haan Kade Naa, are set to clash on 3 December. Singga’s mention that some people are making sure that his movie gets fewer shows, makes us believe that he’s probably referring to the Teeja Punjab team.

Kade Haan Kade Naa’s release date was announced before Teeja Punjab and then the trailer of Amberdeep Singh & Nimrat Khaira starrer dropped. The release date of Teeja Punjab was finally announced and the audience prepared for the big box office clash. Though it is not the first time that we are witnessing a movie clash at the theatres, it seems to have upset Singga. 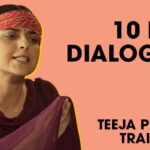 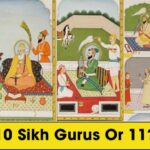