Recently, Sony Maan claimed that a gang fired bullets outside her house and threatened her family to life. She blamed gangster-turned-social worker Lakha Sidhana for it and claimed that the men were Lakha’s goons. She called her latest song Sun Tatta Tatta as the reason behind it.

The singer used Lakha Sidhana’s photos in her latest song and was asked to remove them. She refused to remove the photos which led to the men firing bullets outside her house, claimed Sony Maan herself. Though no one was hurt in the incident, Sony Maan lashed out at Lakha Sidhana for it. Now, Lakha has come out with an official reaction on the situation.

Lakha straightforwardly denied the allegations. He called it all a political propaganda against him, as he’s announced that he’ll be stepping in Punjab Politics. He did not specifically blame any political party for the propaganda, but said that there are many organizations and forces working against him, trying to bring him down.

He added that this is not the first time that he has suffered from serious allegations. Since he’s got connected with farmers’ protest and has started raising his voice for Punjab, he’s been surrounded by controversies and allegations, said Lakha. According to him, his background makes him an easy target for the opposition to put allegations against him.

Thus, Lakha did not take any responsibility for the firing outside Sony Maan’s house and straightforwardly denied it. He called it a trick of the opposition to defame him and bring him down. According to him, his entry in Politics has become a problem for many forces, and they are the reason behind all the propaganda and allegations. 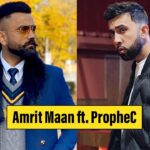 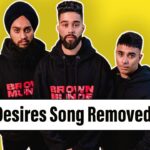