Sukh Sanghera is without any question one of the most prolific and renowned directors of the Punjabi Music Industry. If you follow him, you know he is very active on social media and likes to interact with his fans every now and then.

Sukh Sanghera recently uploaded a couple of interesting stories on Snapchat. The first one of those hinted at something big coming up. Sukh Sanghera captioned a photo of an office chair and table from a skyscraper, ‘Its Official…Next Summer’. Speculations are that Sukh Sanghera is probably going to announce a new record label or a firm. He can also be buying up a work office for himself or maybe a big video project is on its way ‘Next Summer’.

In the next story, Sukh Sanghera shared a picture of his hand. The director showed that he’s got blisters on his hand not because of the gym or any strenuous workout routine, but by carrying a camera all day.

The director captioned the story, taking a dig at his haters that some people think they can curb him by defaming him. He is a hard working man and won’t give up due to all this.

The work of an artist is never easy. What we see on the screen isn’t even half of the hard work that goes behind it to build it to perfection. Sukh Sanghera’s work does not need to be praised, it speaks for itself.

Sukh was the major director of Sidhu Moosewala’s recent album, MooseTape. He not only directed the teaser and the trailer of the album but also directed the most number of videos for Sidhu. The quality and the brilliance of direction visible in the videos does not need to be talked about. MooseTape is already one of the most successful albums in the Punjabi Music Industry ever, and Sukh Sanghera is a key reason behind it. 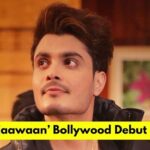