Team Desi Melodies is ready for another big release of the sequel of superhit song Filhaal. In Filhala we saw the chemistry between Akshay Kumar and Nupur Sanon, and the song gained a lot of appreciation from the viewers and became the fastest Indian music video to reach 900 million views on YouTube.

Also, there is a story from the sets where Akshay Kumar felt the emotions of the scene and start crying in real, basically, it’s the first scene where Nupur Sanon was lying on the bed in the Hospital and Akshay entered a room and fly back to memories of her.

Meanwhile, Arvindr khaira, B- Praak, Jaani, and Akshay Kumar are all set to rule the audience’s heart with their sequel of Filhaal 2, as they share their first post on their Instagram handle.

After the succuss of Filhaal with 900M views on youtube, filhaal 2 is in the making and cast shared these pictures with fans. 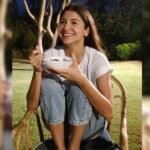 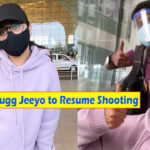