Every time the prolific lyricist Jaani shares some news with his fans, there is a feeling of joy that fills one with excitement and anticipation. Be it the release of a new song or a heart-winning lyrics, every announcement made by him is huge and anticipated. But this time it’s even bigger as he has shared tremendous news with his fans and followers.

Recently in between a media interaction, Jaani spilled the news about a biopic being made on him. Yes, you read that right.

The fans will be soon served with the detailed and exciting success story of Jaani in his biopic. For now it looks like that the project can also be a type of documentary where he will be seen disclosing his journey beginning from the struggle to success.

It has not been revealed yet who will be the captain of the ship and neither any other prominent details are out. Also no more details like the expected release date, artists associated with it or more has been unveiled, but one thing is for sure that it is under development and the fans are surely going to love it.

Jaani has never made his audience upset. His songs, voice, and acting have always created a stir in the industry. He has lately penned down songs for the movie Lekh which are outstanding. And not only this, the artist also revealed that he has around 30 to 35 songs in his basket scheduled for their release this year. 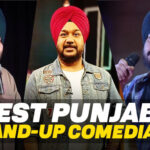 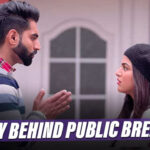