Jagdeep Singh is a man who knows the craft of handling any story that revolves around emotions. In such a scenario, he definitely has become one of the most successful, popular and fan-favorite directors of the Punjabi Film Industry. But he is not only popular among fans of Punjabi cinema, but we can bet every Punjabi actor also wishes to work with Jagdeep at least once in their career.

Gitaj Bindrakhia got a chance to collaborate with Jagdeep Sidhu in his recently released movie Moh. The film also starred Sargun Mehta opposite Gitaj in the leading role. And while it can really be a tough job to impress Jagdeep, it looks like Gitaj has won a special place in Jagdeep’s heart. Jagdeep recently took it to his Instagram and confirmed that he will soon announce a new project with Gitaj in the lead.

The Qismat director shared a witty post on his Instagram where he posted a candid picture of Gitaj and made the announcement public. The fun fact was Jagdeep shared the same without even informing Gitaj about the project, so it happened to be a big surprise for Gitaj.

Not only these two, but many popular celebrities like Sargun Mehta, Ammy Virk, Sukhe, and many more also dropped congratulatory comments on the post.

The fans also seem very excited and are eager to know more details of the project soon. Moreover, Jagdeep had earlier announced Chabi Wala Bandar with Gitaj in May 2022. While Jagdeep made the announcement public, he also appreciated Gitaj Bindrakhia.

Now we don’t really know if the announcement that Jagdeep is talking about in his new Instagram post is something related to the already announced Chabi Wala Bandar or if it is a brand new and third project of the Jagdeep-Gitaj duo in the Punjabi Film Industry.

We are waiting for the director to reveal more detail about the projects soon. 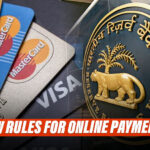 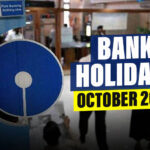