Qismat was one of the most loved movies so far by the people but what one thing made the audience downhearted about it? It is the sad ending of the film which made us witness the death of Sargun’s character, Baani. Now its sequel Qismat 2 is in theaters and is gaining much appreciation by the people. But the same disappointment by the people is again seen in it as Jagdeep Sidhu again made fans cry by the sad and desperate ending of the film.

Jagdeep Sidhu recently confirmed for the third installment of the film, Qismat by saying that the audience has given so much love to both the films and this is what pushed him to write Qismat 3 now. Seeing the disappointment of the viewers from the emotional endings of both the films, Jagdeep has now promised that the threequel of the movie will have a Happy Ending.

Though the happy ending has been confirmed but what still is a big desperation for all of us is, the director revealed that both the earlier films were just a trailer of what hurting is. The people will be actually hurted by seeing the third installment of it. This statement of Jagdeep made fans confused, curious and excited, all at the same time. Now what he does with the script will only be revealed once it is before the audience which is not any soon.

Jagdeep Sidhu Reveals The Inspiration Behind The Punjabi Movie Qismat 2

Meanwhile, Qismat 2 is doing great at the box office and is being much appreciated by the audience as this was one of the much awaited sequels of any punjabi movie. Every character in the film seems to be very promising and we saw a whole different look of Tania as Majaz Kaur in this film. 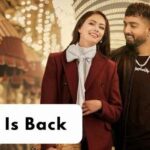 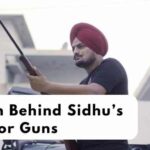