The very anticipated Ammy Virk, Tania and Sargun Mehta starrer Qismat 2’s release date is finally public. The film is all set for worldwide release on 24 September 2021. But the date 24th September already has something big coming up. Days ago, Rhythm Boyz Entertainment and Omjee Star Studios had uploaded an Instagram post, reserving the dates 6th August 2021 and 24th September 2021. Fans could not express their curiosity in words due to a specific tag below the post. The post had Punjabi singer Amrinder Gill tagged in the caption. The artist even shared the post on his Instagram story. Now, Qismat 2 and the mystical project related to Amrinder Gill are apparently clashing on the same date.

Qismat 1, too, had to face massive troubles regarding its distribution rights before its final release. Qismat was initially committed to Omjee Star Studios for distribution in India and elsewhere. The owner and managing director of the Omjee Group, Munish Omjee had also paid 75 lacs INR to seal the deal with the producers.The producers of the film had even taken money from the Omjee Group for the financial expenses related to the production, post-production and promotion of the movie. But surprisingly, the film was finally handed over to White Hill Studios for worldwide distribution. Shocked over this development, the Omjee group had filed a stay on the film’s release in the court. The court, in its verdict, asked the producers to pay Munish Omjee 75 lacs INR. The film was handed over to White Hill Studios for worldwide distribution but distribution credentials were to be given to Omjee Group on all marketing collaterals and final copy.

It feels like Qismat 2 is also going through the same fate. The film is going to release on the 24th of September, the same date a project with Amrinder Gill, brought by Rhythm entertainment and Omjee group is scheduled.

Very clearly there is going to be a clash between the two. Film director Jagdeep Sidhu even uploaded a couple of Instagram stories on his Instagram account, that might be related to this issue.

The first story said, “Kise di dabb de ni, Aavdi chhad de ni, jinne mrzi calender chhaap lo.” Which appears to be a shot fired at the Omjee group. In the follow-up story, Jagdeep shared release dates of the movies The Nikka Zaildar trilogy and Qismat, all of which were released in the last week of September.

This might be a way by the director to prove that the clash has not been intended by them and all of their movies are released in those days of September. All we as an audience can do is wish that both, the film and the mysterious project, does well. Amrinder Gill and Ammy Virk both are fan-favorites and the audience always expect positivity from them, and they, too, never fail to impress them. Let’s just hope that this too ends well. 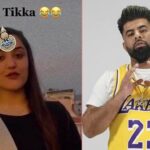