The backbone of blockbuster film ‘Qismat’s’ director Jagdeep Sidhu established himself in the Punjabi industry. The genre he chose was untouched, no director had worked in this space. So it was simply amazing to experience a new form of story in the cinema. Jagdeep is not only a very talented director or writer but is a very grounded person.

Ammy Virk who shared a great bond with Jagdeep and worked in many of his films, unveiled that Jagdeep has a very great quality of sharing the story of the film with everyone. Either the person is associated with the film or not he used to recite the script to everyone.

This question arises when almost every celebrity of the Punjabi industry was posting that Qismat 2 will make us emotional, cry and laugh. It was surely confusing that before the release of the film, how come the artist knew about it already?

But Ammy has clarified that Jagdeep loves to take feedback about his work, if something is not right or clear he makes changes and polishes his stuff. He has a habit of asking in detail, Ammy added.

ALSO READ | From Failures To Fame, The Success Story Of Singer Kaka

They are grateful and blessed that nothing negative has happened while narrating the script, hopefully Jagdeep and his team would never face any negative issue in life, he concluded.

Hence, these unique characteristics of Jagdeep made him different from everyone and yet again he has won many hearts. 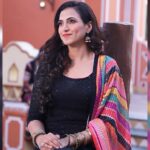 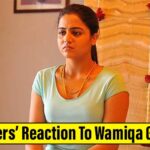