Jagdeep Sidhu is reputed as one of the most talented and gifted artists in the Punjabi film industry. He’s given industry movies to remember like Qismat, Sufna, Nikka Zaildar and many more. He also has a couple of movies planned for the fans in the coming months. Qismat 2 and Moh are the most awaited of the lot.

Jagdeep Sidhu updated the fans through an Instagram story about the upcoming movie ‘Moh’. The movie is Jagdeep’s next directorial venture after Qismat 2. Jagdeep revealed that generally the scripts of movies are not written in one go. They are improvised on the sets and the final script is obtained after a lot of proceedings.

He also added that generally, scripts of movies are only 80-85 pages long. But he’s blessed to have a script that is almost double the length of normal scripts. The script of Moh is 167 pages long! Jagdeep even panned the camera on his file, showing 167 pages.

This means that the script of Moh is one of the longest in the whole Punjabi industry.

Moh is a highly awaited project starring Gitaz Bindrakhia and Sargun Mehta in the lead roles. It is directed by Jagdeep Sidhu. Since the announcement of the film, the audience’s been super-excited for it and awaiting the release. 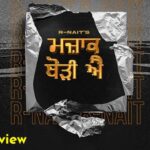 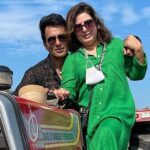