It is said every film needs some real life inspiration to be made super successful and it looks like Jagdeep Sidhu follows the same rules while writing stories for his movies. No one can doubt the fact that Qismat was and still is one of the most successful Punjabi films of all time. But do you know it consists of many of Jagdeep’s real life incidents?

Yes! The blockbuster Punjabi movie, Qismat has a number of scenes that are inspired from the real life of director Jagdeep Sidhu. And one one among them is the ‘Love Letter’ scene when Shiva (Ammy Virk) sends a letter for Baani and the messenger gives it to Baani’s father (Guggu Gill). Then, Shiva himself goes to the police station to tell the truth. The scene from the movie is quite similar and identical to what happened with Jagdeep.

It was for the first time when Jagdeep sent a love letter to her crush, keeping it in the diary, she left it at the terrace so that she couldn’t get caught. But the girl’s father used to worship ‘Tulsi’, so the next morning when he went upstairs to worship the plant he found the diary and the letter in it. He read the letter and Jagdeep Sidhu saw him reading it, that was the moment he got afraid.

He thought rather than getting scolded and brutally beaten up he must talk to the girl’s father directly and went on to have a talk session with her father. And we must say Jagdeep Sidhu has a bunch of amazing, funny and emotional incidents which are not only a part of his real life but get to be included in his superhit movies as well.

Every love story has different and amazing incidents which are sometimes very memorable and unforgettable but it turns out to be a cherry on the cake when they get visualized for the audience and the viewers.

Films will come and go but Qismat will always have a special place in people’s hearts. The movie is all about cherishing love but we are still highly disheartened by the ending which continued in the sequel of the movie too. But we are also equally glad that Jagdeep has promised a happy ending for Qismat 3. 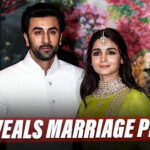 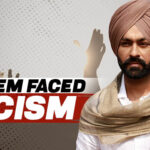