Jagjeet Sandhu is losing no chance to grab the limelight. Be it his professional life or personal, the actor had marked his place in everyone’s heart. Sandhu has been a part of various renowned Punjabi & Hindi projects, and Paatal Lok was one among them. He played the character named Tope Singh aka Chaku. His performance in the series was much appreciated and he made his place in Bollywood.

But this time it’s not about his upcoming projects, but something different. Jagjeet is all set to tie the knot soon. The wedding preparations are in full swing, as he has been seen inviting his friends from the industry. The Sufna actor recently visited Parmish Verma’s place to personally invite him to his wedding.

Parmish shared the picture of the wedding card and the center of attraction is that Jagjeet has also given a flower pot in which he wrote, ‘mainu barbad hon to bachayo’.

The wedding season is going on. While most of the girls are currently busy swallowing this hard pill, there’s no denying that Sandhu will soon be adding his name to the list of ‘no more bachelors’. The bride-to-be name has not been revealed. Further, the date of the wedding is still unwrapped. But we hope soon, the actor will disclose the same.

Till then, team Kiddaan wishes congratulations to the actor as he is stepping into a new phase of his life. 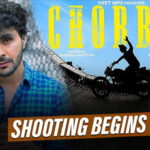 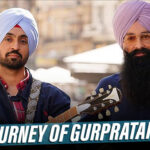