Janhvi Kapoor will be next seen in Aanand L Rai’s ‘Good Luck Jerry’. The shooting of the film has been started in Punjab, which is confirmed by Janhvi’s latest Instagram post.

She shared her first look picture from the shooting of her upcoming project. She looked beautiful, smiling and dressed in a simple pair of salwar kameez.

She captioned the post with a hashtag saying #goodluckjerry

This film will be Miss Kapoor’s first collaboration with renowned director Aanand L Rai who is known for Ranjhana, Tanu Weds Manu, Manmarziyan, Shubh Mangal Sawdhan and many more.

The first shooting schedule of Good Luck Jerry is expected to be completed by March this year. Other than Janhvi, Deepak Dobriyal, Mita Vashishth, Neeraj Sood and Sushant Singh will also be seen in this upcoming project. Also Read: B Praak Welcomed Guests And New Mercedes As A New Family Member For Adabb’s First Lohri

Directed by Siddharth Sengupta, this film is being produced by Color Yellow Productions, Lyca Productions and Sundial Productions. The release date of the film is not out yet.

Janhvi was last seen in Gunjan Saxena in which her performance was appreciated by the audience. Now let us wait for more details about her upcoming project to be announced. Also Read: Google Maps Shows Sri Harmandir Sahib Is “Permanently Closed” 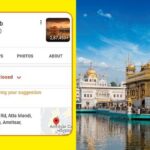 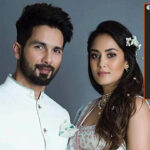