There is a popular quote by Pablo Picasso which says, ‘Everything you can imagine is real’. And because he was an artist, the statement is justified as well. Yes, anything that you can imagine can be true, in the world of art at least.

Janusz Ronki has brought some mind-blowing content for you on his Instagram page. He is an artist who is specialized in video creation and VFX artistry. Ronki hails from Berlin, Germany.

He has been creating these amazing videos for quite a long time now. His work looks like magic. We know it is all editing but he does his work in such a fabulous manner that it can easily fool anybody as his content looks as real as life.

He uploaded a video called ‘End of The World’ in which he is seen walking slowly on the ground and feels something unusual, he looks back and the ground is bending. Falling trees, planes, birds and everything looked so real that our hearts pounded heavily when he fell down.

There is another Crazy Elevator video, which will give you goosebumps for sure. The elevator opens and the floor is converted into a deep abyss and then into somewhat a cave with the monsters roaming down there. This clip will definitely develop a spooky feeling around you.

Ronki’s other work is also quite thrilling, in the video, a kid is seen walking on the ground and it looks like the boy is roving at the edge of a cliff. An animated aeroplane makes it hell scary high but in reality, it was nothing like this. In highlights, he shared before and after clips, even after watching these clips, it is hard to believe that all of it is fake.

The list can go on and on, and we can continuously talk about his amazing skills. But we believe it would be better & easiest if you go and check out his page yourself. 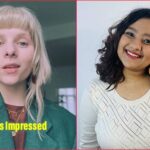 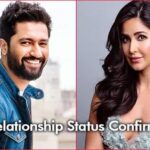