Jasmine Sandlas who is away from the limelight for some time is on the verge to release her back-to-back tracks from the album ‘The Great Punjabi Experiment’. Now with the songs from her latest album, Jasmine Sandlas is surely making a comeback.

The lyrics of the songs are surely striking the chords right away. Now, yet again Jasmine Sandlas has released a song titled ’36 Mere Vargiya’ which in no time made an explicit place in everyone’s playlist.

Further, She also shared a video on her Instagram in which she says that she expressed how much she was scared while writing the song, even for the sketch audio she wasn’t prepared mentally. But will not be scared for her whole life, she added. And penned a heartfelt caption for her fans. It reads,

“36 tere vargiya is a phrase used to belittle and degrade women in Punjab. Most women don’t come forward to share their narratives because they feel shame and guilt. This song is about the woman sharing her side of the story about having stayed in a toxic relationship for as long as she did while ignoring the red flags. 36 mere vargiya is a song about good riddance and it comes with a warning that “if they ever ask you what happened, tell them the truth or say nothing at all”.I hope this song helps alleviate your suffering. That is all I hope. I hope this song allows you to see what you don deserve. This is all I hope. I hope this song gives you the courage to leave a toxic relationship that will eventually be the end of you.Just know that sometimes you have to go through an experience to become a new version of yourself. Every angel must keep meeting demons until she sees her own reflection in her tears.This song is about liberation. This song is about self love and self respect. Don make it small by tagging a name below. We out here at #teamsandlasdon belittle and degrade anyone. We uplift and empower. Above all, we continue to love.And just like that I am off the internet. Until next time Send me your most potent love through your videos. Everytime I release a heavy emotion through a song, I feel empty. I could use your love to fill myself up again.”

However, the song is very close to her heart and she hopes that it will be loved by all. Moreover, the singer tries to showcase the realities of life in her songs. She puts her heart and soul into the song which really appeals to the audience. If you haven’t heard the song yet. Here’s the full audio version. 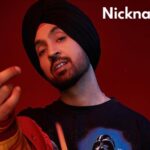 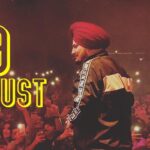