The year 2021 in the Punjabi Music Industry should be enlightened as the “Years Of Albums.” A large number of albums have been announced this year, and the list does not appear to be ending anytime soon.

Today Manaka Da Munda, Jass Manak has poured huge news via his Instagram. As we all know the artist has an energy that attracts the audience to his every project.

Now the singing star is all set to drop his new music album titled ‘Bad Munda’ which will release soon on 19th August. The first song of the album will be out on 13th August and the entire album will be released after that. He dropped the poster on social media to escalate the curiosity of his fans.

The track list and the name of other team members of the album is yet not disclosed. But we assure you that as soon as the information is revealed, we will share it with you.

Meanwhile, not only Jass Manak, but Diljit Dosanjh, Gippy Grewal, Amrinder Gill, Ranjit Bawa, will soon be releasing their albums as a token of love for their fans who are concealed by such difficult times due to the pandemic. Fans are eagerly awaiting the upcoming albums. 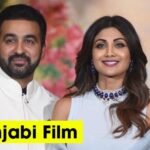 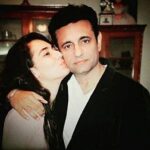