Punjabi singer singer Jass Manak has taken to his social media handle to share a piece of great news for his fans. The singer who is known to release single tracks will now be making it to the music charts with a whole album. As he told earlier that his full album ‘Bad Munda’ will be released on August 19, while the first track from the same will be hooking the audience on August 13. Yesterday the singer shared the poster of his first song from Bad Munda. Further, Sharing a new poster of the song Jass Manak left us all speechless. The music video will also feature musical artist and rapper Emiway Bantai.

Check out the poster of Jass Manak and Emiway Bantai’s upcoming song:

Lyrics of Jass Manak’s Bad Munda are penned by Manak himself, to the music by Deep Jandu. The video is directed by Satti Dhillon which will be released  under Geet Mp3.

Also, the singer who is known for his chocolate boy look has named his album totally opposite to his image – ‘Bad Munda’. It seems like Jass Manak wishes to show his other shade and make his fans aware of his quirks. 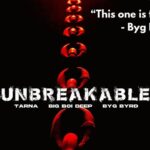 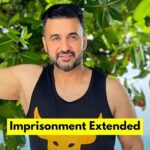