Pollywood stars Jazzy B, Karamjit Anmol, Gurpreet ghuggi, Tarn Singh will soon be sharing the silver screen as they started the shoot for their upcoming film ‘Valiat’, which will be directed by Baghal Singh. Baghal is known for his punjabi language drama film Toofan Singh starring Ranjit Bawa.

Also, the film features model-actress Jasneet Kooner as the lead actress opposite Jazzy B.

Recently Everest production UK shared the photo of clapboard and dropped the hint about the shooting of the film.

It is speculated that the shooting began in London. And also it is slated to be released this year as the shoot has started from August 3rd. As soon as detailed information regarding the movie will be out, we will share it with you.

On the professional front, apart from this, Jazzy B will be soon seen in Rana Ranbir’s SnowMan along with Gippy Grewal, Neeru Bajwa, Jazzy B, and Rana Ranbir. The release date for the same has also not been announced.

As the theatres are reopened and movies are starting to release, it is sure that audiences will be getting the best entertainment this year. 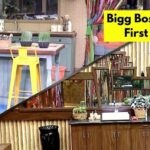 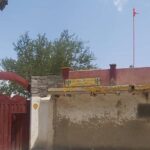