It’s finally the time for grand celebrations for all the TMKOC fans. The awaited moment for the last 4 years, is finally arriving. If you have been a fan of Taarak Mehta Ka Ooltah Chashmah and have followed the show’s storyline, you must already know what we are talking about.

Disha Vakani who played the popular character of Daya ben in the most loved sitcom in India quit the show in 2018. She was pregnant and required maternity leave, but the fans have waited for her comeback ever since. And today we have two pieces of good news related to Disha Vakani for all her admirers. The first is the fact that she has recently become a mother once again, and the second is the announcement of her comeback to the show.

A video is surfacing all over the internet in which Dilip Joshi aka Jethalal is seen officially announcing the return of Daya Ben in the show promo. He reveals that his wife Daya will join the society members for the inauguration. And this news makes everyone go gaga and celebrate with garba.

The fans are really very excited about the comeback of Daya as it’s been almost four years. Though the show is still going strong and successful, Daya’s comeback will add more charm to it.

Also Read: TMKOC Found A New Dayaben? This Anonymous Girl’s Video Is Bound To Crack You Up

Recently, the producer of TMKOC, Asit Modi in conversation with ETimes, opened up about the comeback of Daya. Not only this, Disha’s real brother Mayur Vakani who also plays Daya’s on-screen brother Sundar had confirmed her return to the show.

All the TMKOC fans are really very excited and awaiting the comeback of Daya Ben. But some of them have warned the TMKOC team that if this announcement turns out to be a joke, they will discontinue watching the popular show because this will hurt their feelings. 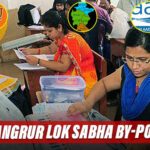