Punjabi film director Manjeet Singh Tony recently shared a huge news on his Instagram account. The writer-director shared a poster of his upcoming film, ‘Jhalle Pai Gaye Palle’. The film is co-written and directed by Gurmeet Sajaan. According to Manjeet, the film will have a unique piece of story and is a new experiment in Punjabi cinema. Not only this, Gurmeet warned the audience and wrote in his comment, ‘Film Bacho ki pahunch se door rakhein….jhalle pai geye palle’

Further, something concrete can only be said after the release of the trailer of the film.

Furthermore, along with sharing the poster, the artists unveiled the star cast, which include, Gurmeet Saajan, Gurchet Chitarkar, Mannat Singh, Dilawar Sidhu, Gurpreet Toti and many more. Moreover, the released date of the film is not yet revealed. Jalle Pai Gaye Palle will be produced by Goyal Music in the creation of Winner Films Productions and co-produced by Satnam Batra and Gurmeet Singh Photogenic.

Meanwhile, the Punjabi film industry is growing fastest in India. With interesting stories and wonderful music, Punjabi Cinema is trying their hands into new genres. Now let’s see how this movie will treat it’s audience. 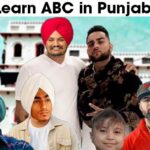 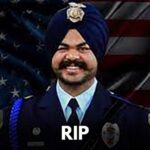