Since the large amount of cash recovered in West Bengal from 3 Congress MLAs of Jharkhand, the political tussle between the Saffron Party and the INC has reached at its peak.

While the Congress party, after suspending its 4 MLAs, has lashed out at the BJP, accusing it of trying to topple the government in Jharkhand, the BJP has been demanding the resignation of CM Hemant Soren.

Amidst this entire political battle, today, during the monsoon session of the Jharkhand assembly, the speaker has suspended three BJP MLAs: Bhanu Pratap Shah, Dhullu Mahto, Jai Prakash Bhai Patel and Randhir Kumar Singh as they were raising slogans and staged a ‘dharna’ in the well of the House, despite the speaker requested them to go back to their respective seats.

These MLAs were demanding a discussion on the illegal mining in chief minister Hemant Soren’s constituency. Before the assembly session started, the BJP MLAs even raised slogans against the government, protesting outside the assembly house and demanding the resignation of CM Hemnat Soren on moral grounds.

BJP MLA and former minister Randhir Singh, after being suspended, alleged that the assembly speaker is behaving like an agent of the JMM government. Moreover, after Maharashtra, the accusations of BJP’s so-called “operation lotus” in Jharkhand, is a matter of concern for the opposition. 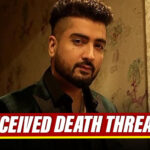 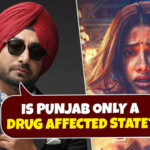