Jharkhand Mukti Morcha, the ruling party in the state, has claimed that 16 BJP MLAs are in touch with it, willing to support CM Hemnat Soren. JMM’s Supriyo Bhattacharya has made the big claim, adding that the MLAs feel suffocated in the Bharatiya Janata Party.

JMM’s claim has come amidst the ongoing political tussle between the BJP and the Jharkhand government, on the issue of illegal mining, where CM Hemant Soren is under the lens of the Central agencies. Bhattacharya even added that the 16 BJP MLAs are ready to support the JMM government by forming a separate group.

Jharkhand is one of the crucial states for the Congress party, as it’s one of the few states where the UPA’s government is ruling. However, the BJP denied the claims made by the JMM, adding that the Jharkhand Mukti Morcha MLAs have looted the state, involved in corruption, and now trying to build such false narratives.

Though, the recent political happenings across the country, makes it clear that the opposition parties are going through a crisis, with the BJP eyeing on all the opposition ruled states. The Congress has even accused the BJP of luring the opposition’s MLAs and threatening them.

Meanwhile, after Maharashtra, the political temperature in Jharkhand is at its peak with the recent claims made by various political parties. Moreover, even the terms between the JMM and the Congress party don’t seem to be much better. The JMM even gave a major jolt to the Congress party by supporting Draupadi Murmu, now President, in the recent presidential polls. 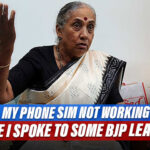 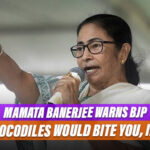