Over the last couple of years, the Punjabi industry has been widening its level and trying new and best things. A few artists have given hits, nationally and internationally, particularly in diaspora-rich countries like Canada and the UK. The audience is hence getting bigger and growing further. One among those artists is one other than Nirmal Rishi.

From the news reports of Times Of India, Udaariyan Producers Ravi Dubey and Sargun Mehta are bringing a new show ‘Swarna Mandir’ which is the story of a couple. ‘Vaisakhi List’ fame Jimmy Shergil will make his fiction TV debut with this serial. The makers are hoping for him to sign on the dotted line soon.

Along with him, Sangita Ghosh will be essaying the role of his wife. However, the latest buzz is that Punjabi actress Nirmal Rishi is roped in the show to play the character role of Swarna’s (Sangeeta Ghosh) mother-in-law.

Further, it has been reported that the story revolves around a couple who is abandoned by their children. Meanwhile, the set of the show is erected in Chandigarh and the shooting will take place there. The show is expected to go on floors next month.

ALSO READ | Do You Know From Whom Dilip Kaur’s Character In The Nikka Zaildar Trilogy Inspired From?

Fans of Jimmy Shergill and Nirmal Rishi are excited as they will capture their glimpse for the first time on the small screen. 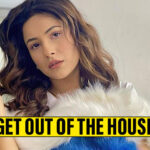 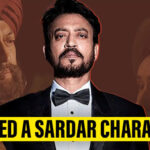