This October, the audience would have got to see two big Punjabi movie clashes. One was between Chal Mera Putt 3 & Moosa Jatt and the other between Yes I Am Student & Jinne Jamme Saare Nikamme. But due to failing in obtaining approval from the censor board, Moosa Jatt got delayed in India and the Chal Mera Putt 3 team was accused for this matter.

Now, it seems like the Jinne Jamme Saare Nikamme team has changed the release date, from 22 October to October 14, 2021, of the film to probably avoid conflicts with the ‘Yes I Am Student’ of Sidhu Moosewala which is scheduled to release on 22 October, 2021. Also, ‘Jinne Jamme Saare Nikamme’ will now be released on the OTT platform, Zee5 on October 14 rather than releasing in the theaters.

The movie is now releasing a week before its previously scheduled date which has changed to possibly avoid the clash with Yes I Am Student. Let us wait for the official release of the movie and witness the comedy drama once more by this team. Jinne Jamme Saare Nikamme actor Pukhraj Bhalla has yet another movie lined up in the month of November which is titled as ‘Haterz’ and will release on 12th November, 2021 in the cinemas.

Sidhu Moosewala’s Moosa Jatt Will Soon Be Available Online On Chaupal. Details Inside

Jinne Jamme Saare Nikamme stars Pukhraj Bhalla, Binnu Dhillon, Jaswinder Bhalla, Seema Kaushal, Maninder Singh & Armaan Anmol in the lead roles. The father-son duo of Pukhraj & Jaswinder Bhalla can be seen once again in the film. Directed by Kenny Chhabra and written by Naresh Kathooria, this film is under Zee Studios and is produced by Harman Baweja & Vicky Bahri. 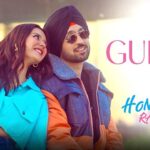 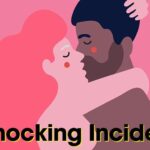