President of United States Of America Joe Biden, tweeted and congratulated Diljit Dosanjh as his upcoming film Honsla Rakh is approaching and is scheduled to release on 15 October. Joe Biden assured the release of the film in the theaters of the US too, on the same date of its release.

Isn’t this a big achievement for our Punjabi cinema? Calm down. Before you get amazed let us tell you that one of Joe Biden’s unofficial accounts tweeted this note for Diljit. Some Diljit Dosanjh fan made a fake account on twitter and tweeted this congratulatory note by the name of Joe Biden, the US president, for the Honsla Rakh team. However, the fake account later got disabled from the platform.

ALSO READ | Diljit Dosanjh Talks About How Difficult It Was To Handle A Baby On Sets, Takes A Dig At Shehnaaz Gill

To this, Diljit Dosanjh humorously replied and thanked Biden and requested him to take the democratic party along to watch the film on this Dussehra, 15 Oct, Friday. He tweeted “Biden Thank You Yaar… Democratic Party Waleya Nu V Ley Jaeyo Saareyan Nu DUSSEHRE Te.. THIS FRIDAY”.

These kinds of gestures by the fans and artists bring laughter on people’s faces and Diljit Dosanjh tops the list in these kinds of witty acts. Diljit has been a constant entertainment provider to the audience. Be it his cooking videos with humorous commentary in it or be it his on screen characters, we have got a full pack entertainer.

Honsla Rakh will be released in India as well as the United States Of America, as promised by the president, Joe Biden, on 15th October, 2021. Diljit Dosanjh along with the team of Honsla Rakh are thanking Biden for promoting this movie on such a big scale. 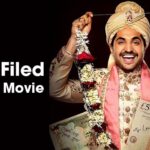 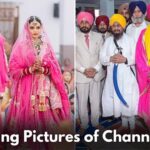