According to a video circulating on social media, Joginder Singh Bassi, host of the popular yet controversial Canadian radio talk show ‘Gaunda Punjab’, has been attacked by unknown men in Canada. The attackers shot Joginder Singh Bassi’s car in the front windshield and immediately fled from the spot, unharmed.

Sources tell that the car was parked outside Joginder Singh Bassi’s daughter’s home when it was shot. Sources tell that nobody has been harmed in the incident. The bullet penetrated through Bassi’s car windshield but nobody did not hurt Bassi. He is completely safe and in good health.

Joginder Singh Bassi is a big name in the Canadian and Punjabi media. He has been running the show ‘Gaunda Punjab’ for over 30 years and boasts of a daily viewership of around 1,50,000. The show is extremely famous among Canadian and Punjabi audiences, even big Punjabi celebrities have made their appearances on his show.

The Canadian Police immediately rushed to the spot when the gunshot was reported. The spot was flooded with Police cars all over the area. After the attack, Joginder Singh Bassi was rushed to, what has been reported to be, his daughter’s house.

The aftermath of the incident was caught by people around the area in the camera. The video surfaced on social media. It is expected that the Canadian Police will soon begin with their investigation and try to identify the attackers behind the gunshot. 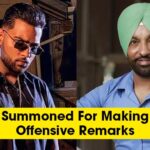 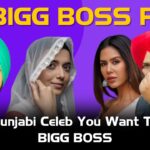